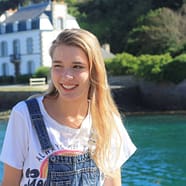 You know the man, the one with the premature wrinkles? With the multitudes of carrier bags that have who knows what in them. Strange things lurk in their depths, maybe a dog leash, a packet of crisps, a phone from the early 2000s. You know the man I mean, don’t you? He sits in the doorway of that shop, the one with all the fast food, and he huddles into his sleeping bag at night with a bottle of high percentage. His half-open-half-closed eyes watch all through the midnight hours as students stumble from bars to clubs to bed or into the backs of tireless cabs. He sees the secret-not-so-secret drug deals at the corner and the scruffy dog whose tongue scratches the rough ground where an ice cream fell in the day. He’s there in those particular few minutes when no one is awake. When all the noise and drunken frenzy has quieted and an awesome hush descends on the city. At 5 am his eyes peer from beneath his swollen lids at the runners and dustbin men, sweeping the streets with equal vigor. They pound past, Nikes and wheelie bins thumping the ground. At 7 am the commuters emerge from their townhouse lares with keep cups clenched in their wedding-ringed hands, ready for a day of typing. An hour later and school children amble by. Sometimes they talk to him or leave him sweets from their sweaty palms like offerings or psalms. After that he witnesses the tidal wave that is tourists, desperate to get into Christ Church, or just Pret.

I don’t know when you pass him, but you know the man I mean.

He’s always there. What would Oxford be without him and his hood up like a noose around his neck? He has pale, watery irises that leak out of his face, framed by a dam of bushy eyebrows. His weathered skin hangs in folds around him like he’s too small for his own body. He’s that one. We all know that man.

Do you know his name?

It’s estimated that the number of people sleeping rough has increased by 31 percent in the last three years and a total of 4,677 people were counted or estimated to be sleeping rough in England on any given night in autumn 2018 [1]. The thing is these statistics don’t surprise us. They are not new information. The battle over homelessness is not to raise awareness but to destroy apathy.

Whether you believe in God or not, and whether you attend some establishment in any way resembling a church or not, I think that we can all learn something from the words of James 2 verse 15-16. “Suppose a brother or a sister is without clothes and daily food. If one of you says to them, “Go in peace; keep warm and well fed,” but does nothing about their physical needs, what good is it?” [NIV].

In the past this verse used to be an issue for Christianity. Christians were at times seen as the self-righteous, pious, straight backed middle class fervently “praying” for the poor and shying away from their gaze on the street, hurrying back into their sacred, stained glass shrines of separation. I would argue that today the church as a whole has improved in feeding and keeping people who are in need warm; just take a look at the number of church-run night shelters, soup kitchens, homeless outreach nights, autumnal harvest celebration donations to the basics bank…the list goes on. But, before you Christians get comfortable in your seats, and you who don’t believe in God get sick of the church blowing its own trumpet, I believe there is a vital part missing to our approach to homelessness. And this applies to everyone.

It might help if we consider another translation of the verse from James “…And one of you says to them, ‘Go in peace, be warmed and filled,’ without giving them the things needed for the body, what good is that?” [ESV]. Recent research has shown that positivity and good mental health affect physical health, i.e the body. For example, Kok et al. (2013) [2] found that positive emotions, social connections and physical health were all interlinked so that they influenced each other in an upward spiral. They assigned participants randomly to two conditions. Either they were placed in an intervention group that practiced loving-kindness meditation or they were told that they were on the waiting list for this. The meditation was to inspire positive emotions, and participants in this group experienced an increase relative to the control group, alongside increases in their baseline vagal tone (which is the activity of their vagus nerve and in this case represented an indirect measure of their physical health). This effect was influenced by how positive people’s views were of their social connections. Therefore, the results suggested that positivity relating to relationships with others can help to increase positivity overall and build physical health. So how does this link to our interactions with the homeless? We can’t give everyone meditation classes, but one thing is for certain and that is that purely being fed and warm is not the only need the body has.

Just to illustrate this let me invite you to a free community meal I helped out at a few weeks ago. People were crowded around quaint circular tables, topped with tulips in vases and neatly laid with cutlery and crockery. A three course meal was served to all, and a volunteer improvised some gentle piano music. After I’d done my part in setting up I sat down at one of the tables to join the chatter and buzz. So far so good. But then the speaker got up to give a short preach and mentioned that they’d spent an hour or so in a prison abroad once due to a misunderstanding, so they could empathize with people who had been “on the inside.” The absurdity of the attempt to relate to the people sat eating around me forced a bitter laugh out of my neighbour who muttered and was obviously feeling patronised. I know that no one is perfect, and I am also to blame for having stereotypes of what brings people to the streets, or to community meals like this one, but having seen the woman next to me respond in this way, it became evident that preaching was not the solution to making people feel comfortable.

We need to be boosting people’s perceptions of themselves, allowing them to grow and feel more positive about who they are as a person. Everyone can do this. It means not just handing out a sandwich and moving on quickly before you catch a glimpse of the humanity under all the layers of the street. It means stopping and listening and smiling and crying and eating with people. Asking their name.

If I were to summarise:

Marie is a first-year Experimental Psychology student at Somerville College.

2 Replies to “Just Loving the Homeless”