Principles to admire, on an issue we can’t ignore 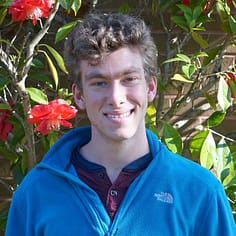 After another academic term packed with exams, coursework deadlines and intense extra-curriculars, the process of rewinding and reflecting on it is a beautiful one. I for one have loved having more free time to spend with old school friends, family and the incredible outdoors (even if that only constitutes my compact garden within the dense urban sprawl of West London!). It was during one such morning, comforted by sunny conditions while confronted by the rigour of dissertation work, that I came across an astonishing statement.

The author? The secretary-general of one of the most powerful cartels, OPEC, representing 80% of the world’s reserves. The suspected target? The Campaign of Striking School Children. And that is where the introductory quote bears relevance: Greta Thunberg, the 16-year-old leader of the global movement, knows no rest. A year on from the dramatic wildfire-ridden heatwave that motivated her campaign, next Friday will mark her 50th week of protesting. While built on a secular basis, the movement holds several parallels with Christian approaches to social justice.

First is the most obvious: the content. Waves of research have shown the vastly-differentiated responsibility for, and impact of, increasing global temperatures. While the threats to economic capital often grab the headlines, it is ultimately the most vulnerable who will be hit the hardest by intensifying weather extremities. The closest example to home includes elderly and homeless demographics, who suffer from lack of available resources in summer heatwaves. On a global scale, there are the climate refugees who will be displaced by rising sea levels and unstable crop-yields- 140m [external link] between now and 2050 are predicted by the World Bank under worst-case scenarios. They are the ones let down by lagging developments in international law. They are the ones without a voice.

Second is her admirable determination to speak truth to power, bearing connotations of the David and Goliath tale. At the UN Climate Conference in December 2018, Greta spoke of how politicians claimed to love their children yet were ‘stealing [external link] their generation in front of their very eyes’. In April, speaking in our parliament, she condemned ongoing mega-infrastructure and fracking projects as among the ‘greatest [external link] failures of mankind’. And in response to that recent warning by the OPEC secretary-general, she simply acknowledged it as a compliment [external link] to the movement. Although the Bible places emphasis on respecting the institutions that have been placed to enforce authority, we as Christians also have a duty to point out injustices for the benefit of all.

Finally, there is the immutable hope that Greta held for the potential impact of her efforts; hope that drove her out of the classroom on the 20th August 2018 armed with just a piece of artistic cardboard and her voice. Having started alone, her movement has grown to unimaginable proportions with a Nobel Peace Prize nomination and ranking in the Time 100 Most Influential 2019 List. Amid all the spotlight, she’s retained faith in the ability of those targeted by her message to change their mind and grow accustomed to the facts. This is faith on a level that we aspire to as Christians: being prepared to go it alone when it seems as if the tide is going the other way; sticking to our practices week-in week-out; and constantly sharing our message with others.

Luke is a Geography student at St Hilda’s College, and this year’s publicity co-ordinator for Just Love Oxford

Opinions expressed are those of the author, not of Just Love Oxford. Just Love Oxford is not responsible for the content of external links. Bible references are to the NIV.