Homelessness: which way do we look in the streets? 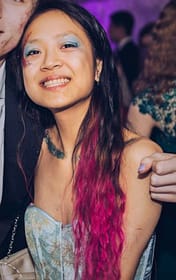 When I stepped into Oxford for the next phase of my life, as probably for many it felt rather surreal but exciting. By God’s grace I had been landed in the midst of gorgeous buildings pulsating with history and the opportunities awaiting me. And enchanted I was, by vines delicately creeping down and gently lingering to the walls. Through rose-tinted glasses that were built up by my excitement and anticipation, richness and opportunity just seemed to radiate everywhere in the city. Little by little as my awestruck state faded a little did I begin to notice that the richness and opportunity was rather exclusive and bound within walls.

So often, far too often, where the buildings met the ground there was sat a person, with tired eyes that had aged more than their body. It wasn’t long before I began questioning the stark contrast in class that was so visibly evident, the dazzling disparity between the rich extravagance in a city where people from all over the world flooded in annually, and those paralysed with poverty and their circumstances, carrying all they owned in the world in a bag on their backs.

Some wore loose, baggy clothes, or worn jackets, others wore red jackets and unremarkable jeans as they pleaded passers by to purchase a copy of the Big Issue. Common to nearly all that I saw was a heavy weariness and sullenness about their eyes and stance that they wore.

Amos rebukes Israel for their failure to uphold their covenant with God evident their moral decay; “For I know how great are your sins, you who…turn aside the needy in the gate” (Amos 5:12).

Why in a city where many visibly live in excess of privilege, are there so many right beside them living in such scarcity of it? The answer makes sense but it shouldn’t – it definitely made no sense to Jesus, who spent so much of his ministry actively seeking out and showing favour for those unfavoured by the rest of the world.

I’d saved a baguette from lunch one afternoon and whilst out on a walk in town I nervously crept up to offer it to a man. I was a little surprised when he accepted it very begrudgingly. He mumbled a few words with a very low and strong local accent that I still didn’t understand after a few repetitions and me leaning in closer to hear, however I got the impression that it wasn’t my food or my pity that he was that interested in. I was puzzled and left, fearing I’d offended him and wondering to God if I’d done something wrong.

Another evening, I passed by a younger man on Broad Street sitting on the corner between Blackwell’s Art store and the entrance to Exeter College, and gave him some snacks, relieved that he seemed to be more appreciative of it.

“Aw, Bless her!” My heart skipped a beat as my startled eyes followed the trail of the voice, to see a woman strolling past with her partner, smiling down at me in an affectionate sort of way, as if there was something special about what I was doing. I felt nothing but quite uncomfortable at that; the attention she’d placed on me, and not the man sitting on the ground in front of me, also another of God’s creation made in His own image.

I walked away again not sure what I was feeling. If anything, in that first week of my time at Oxford God had absolutely broken my heart for these people, and the following week I left freshers fair delighted to have discovered a group of Christians that did homeless outreach. (Just Love Homeless Outreach!)

I can reflect on times in my own life where I felt tortured with isolation and unable to communicate it as it felt that none of the dozens of people I saw daily could see or tell the weariness and hurt I masked behind a smile. I know this is nothing compared to how demoralising it must be for one to be sat on a street, physically below everyone else such that thousands of people wander by daily and never see nor care for the weariness and hurt let alone for  the present and past dreams and goals and passions stuck that could have been heard beyond the blip on a broken record repeatedly looping ‘spare a little change’.

Each individual that has spared some time to share with us a little of themselves has had a different story to tell. Some have been chefs, some were gymnasts, some were musicians, some have a mad passion for LEGO figures, some love writing poetry, some are Lord of the Rings fanatics. Tragically, some have lost their lives. Many struggle also with mental health problems and addictions or have had broken relationships and it’s important that as we seek Christ-like-ness in giving “justice to the weak and the fatherless; maintain(ing) the right of the afflicted and the destitute” (Psalm 82:3) we strive to met more than just their physical needs- to reveal Christ by listening to and interacting with them.

If you have questions about homelessness/how to get involved with/support outreaches, get in touch with me at esther.hung@stcatz.ox.ac.uk!

Esthy is a Physics student at St Catherine’s College, and this year’s Homeless Outreach co-ordinator for Just Love Oxford.

Opinions expressed are those of the author, not of Just Love Oxford. Just Love Oxford is not responsible for the content of external links. Bible references are to the ESV.