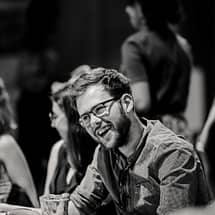 ‘Freedom for political prisoners!’ This is one of the most common pieces of graffiti that I see in Barcelona, where I’m doing my year abroad. Over the last few weeks, the region (or perhaps country) of Catalonia has responded to the sentencing of nine political leaders who were behind the controversial independence referendum in 2017. Political prisoners and police violence are reminders for the Catalan people of the long shadow of fascism in Spain, and there have been protests and riots in the city streets and in the airport. These events and feelings deserve a response, but what kind of response is the godly one?

It is tempting to think that there is always a right side to political debates and conflicts, a side that is ‘more Christian’ or ‘more Biblical’ than another. It is very easy to justify a range of ideologies by cherry-picking the Scriptures. Of course, Christians should have informed political opinions; our faith is not a renouncement of thought. But contrary to what contemporary culture tells us, our right to our own opinions is not god. God is God, and he reigns supreme above politics and earthly governance. If a pursuit of godly justice in the world looks like political campaigning and protesting for us in our current situation, then out of obedience to God we should campaign and protest (something that challenges my curl-up-with-a-book default). The key is a Christ-like submission to God’s will. If our political activism is based in anything but a relationship with God, in line with what we see Jesus doing in the Bible, it becomes selfish and ultimately useless.

We must remember that our current situation is not so different from the one in which God chose to become a man and walk around on the earth. He did not come to a place where perfect peace reigned and righteous people made just policies in government. The Father chose for his Son to be born in Roman-occupied Palestine, where there were separatist movements and political unrest, just like the places we call home today. Jesus had to navigate tricky political situations among his close friends – an anti-Roman zealot and a Roman tax collector ate the same bread and drank the same wine. Jesus did not create a religious bubble or a political echo chamber in which to bring the Good News. Rather, he loved people on both sides of the divide and gave them new purpose and identity.

The issue of identity is one of the most important in a response to political division; many people base their fundamental identity on how they vote and believe that what happens in the political sphere can affect this identity. The Catalan people organised an illegal independence referendum because, among other things, they wanted to claim their identity back from Spain. Having an independent Republic of Catalonia is a way of restoring a sense of lost collective identity to a people who feel oppressed and neglected by their rulers. The very wonderful Tess Hovil wrote a Just Love blog last year about the issue of statelessness and national identity, which I urge you to read. Tess tells us that our heavenly citizenship ‘underlines’ our earthly belonging; it is the model for the dignity that belonging to one country or another bestows on us. The desperation for national identity we can see in Catalonia and in the UK is related to a godly desire for justice, for the statehood that God gives us. As followers of Jesus who know where our identity is founded, part of bringing God’s justice to our world is sharing the good news that God restores all of our broken identities in his new creation. No matter what we believe about national politics, we can be secure in our heavenly identity, and share this security with people who don’t yet know it.

But, exchanging Spanish citizenship for a heavenly identity is not a solution to all the injustices we’re seeing. The solution is never ignoring the problems. Our godly response is more than telling people about their true identity, although this is a good start. Jesus’ mission on Earth was not just talking about the Kingdom of Heaven. In Luke’s Gospel (4:18-19), Jesus reads a section of Isaiah’s prophecy:

The Spirit of the Lord is upon me, because he has anointed me to bring good news to the poor. He
has sent me to proclaim release to the captives and recovery of sight to the blind, to let the oppressed
go free, to proclaim the year of the Lord’s favour. (NRSV)

Jesus was on a justice-bringing mission! A crucial part of restoring a heavenly identity to all God’s children is to change their lives in very tangible way. Paupers become bearers of good news, blind people see again and prisoners and the oppressed become free. This is what heaven on earth looks like, and everyone who spray paints ‘Freedom for political prisoners’ on a wall knows it, even if they don’t know the God who will accomplish it.

When we live out our identity as children of God, we not only get to share the good news of a stable and safe identity in him with our friends and enemies, we get to be part of God’s plan to radically change our earthly situation. When I walk through Barcelona and see ‘Llibertat presos polítics!’, I pray that it would not lead me to worry or fear but to the true Rescuer, whose Spirit is upon me to bring good news and proclaim release.

Let us be moved to prayer, worship and action in the fear and uncertainty of our world, and let the Holy Spirit move in us and through us so that God’s will be done on earth as it is in heaven.

Lewis Wait is a third-year Spanish and Linguistics student at Exeter College, currently in Barcelona on a year abroad.

[image description: a monochrome close-up of Lewis at a table, smiling with his head tilted to one side.]