Politics, Perspective and Prayer: Engaging with the General Election

Explanatory note (1): this article is intended for Christian students keen to think about how our faith should inform our political engagement. If that doesn’t describe you, you’re very welcome to read on (and please do – I’d love to hear any thoughts from your perspective!), but if you comment or share, please be respectful of the fact that you’re not in the primary target audience for this.

Explanatory note (2): I know that many of you know full well my partisan allegiance, so I haven’t attempted to write this from a politically-neutral perspective. However, I have tried my best to offer thoughts that apply to everyone, whichever party we support. I hope that’s reflected in what I say. 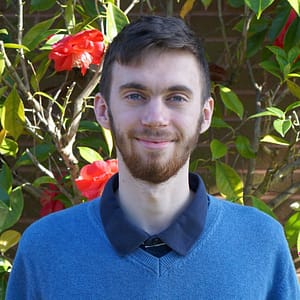 The recent announcement of a general election on 12 December will no doubt have elicited a variety of responses. Some of you might be intending to spend every free moment of the next four weeks on tenterhooks in front of the news channels. Some of you might be planning to do as much as possible to avoid politics and get on with the Christmas spirit. If you are at either extreme, or somewhere in between, then these thoughts are for you! First, I want to tell you why I think you should care about this election. Then I want to offer some thoughts on three ways we can think about the election as Christians: having the right perspective, reaching out in humility, and praying for our leaders.

Politics can be a difficult subject for us as Christians, but it seems pretty clear from the Bible that it’s something we should care about. In the Genesis story, straight after God creates humans in his image, he tells them to “fill the earth and subdue it… rule over the fish in the sea and the birds in the sky and over every living creature that moves on the ground” (Genesis 1:28 NIV). So the need for good governance is not some necessary evil arising out of the broken-ness of the world: quite the opposite! Even before the fall, when all relationships were as God intended, he still created a role for women and men to exercise authority over the world around them. The world is very different now to then, but the need for good governance remains, and democratic politics is our society’s way of governing itself. If you care about God’s mandate, you care about good governance. If you care about society, you care about good governance. Please note that “caring” here can mean many take many different forms. For many of us it’s not a specific vocation, and don’t worry: most of you will never be led to end up like me! But I believe all Christians should take some kind of interest in the political direction of our country.

If you want a fuller explanation of some more reasons why I think Christians should be involved in politics, please see my previous blog here.

Amidst the sound and fury of the campaign, let’s keep our perspective in the right place. The next month will be full of parties offering slogans for a more hopeful future; you will meet people convinced that Jeremy will have a transformative impact on reducing inequality, or that we just need to give Boris a fair chance and he’ll fix any mess (and conversely, hyperbolic allegations against both that they will somehow spell the end of British democracy). In short, it will be obvious that many people are investing a lot of hope in a political party or leader. It’s really positive to have a vision of the future to hope in, but there is a danger when we place too much hope in the wrong thing. We know that human institutions, even those which do tremendous amounts of good, are by their nature finite and limited, whereas the problems we face seem infinite and unlimited. So to cast your lot in with a political party to solve everything would be naïve.

I believe that electing a Labour government can and will bring positive change for those who need it most, and I will be resolute in fighting for that outcome. But I know that if I pin all my hopes on my party to transform society, I can only ever be disappointed. We must not give in to the temptation to lose sight of the higher hope that we have as Christians. Ultimately, our relationships – with those around us, with creation, with ourselves, and with God – can only be made right by God himself. As the beautiful passage in Colossians 1:15-20 teaches us, it is God who is in authority over all the world, and the death and resurrection of Jesus which allows all things to be reconciled to God. The Bible talks repeatedly about God’s plan, started on the cross and continuing through time, to make all things right and restore all our relationships. That plan will only be fulfilled in the new creation, and we don’t know exactly what it will look like. But I’m certain that being in that new creation will be far far more mind-blowing than anything a Labour government could effect! And that means I will always be wary of placing too much hope in my party.

This election was called because our country is divided. Different people have very different hopes for the future, and politicians cannot find a way through the fog. To a large extent, the reason we have politics is to deal with disagreements: in future, we will either be in the EU or out of it, our railways will either be privately or publicly owned, Universal Credit will either continue or it will be abolished. These disagreements are real, and they matter, so we shouldn’t fall into the trap of thinking ‘a bit of compromise on the issues’ is desirable, let alone possible. But it is vitally important, especially as Christians, that we don’t let our disagreements define us. Disagreement becomes toxic when we refuse to engage with the other side and when we become so entrenched in our views that we can’t accept the legitimacy of others’ views[1]. Social media has made us better-connected in some ways, but it has also opened up a world of echo-chambers where our convictions are rarely challenged. The abuse many of our MPs are subjected to should shame us all (and make no mistake at all that women and ethnic-minority MPs are disproportionately affected – that should particularly shame us), but it should make us think about the woeful state of political discourse in our country.

As Christians, we believe in the power of relationships that reach across divides. We won’t always agree on political issues, but we can love and accept each other. It should give us food for thought that for almost all of the past 100 years, our major political parties have provided a significantly better example than our churches of accommodating people who share common values but disagree on specific issues. But now that the idea of political parties as a ‘broad church’ seems to have taken a knock, are we up to the challenge of setting a good example for wider society? I want to make this challenge personal: how long do you spend genuinely engaging with people whose political views are different to yours? Listening to others often requires the humility to admit that we might be wrong in our views, or that someone else’s perspective might capture something that ours does not – that’s why it’s hard! But even (especially?) if you care passionately about your side winning this election, I’d encourage you to seek out good disagreement with people on the other side. (If you are Conservative or Lib Dem or something else, why not start by dropping me a line?!)

Finally, but we can always pray. Sorry if that sounds like a cliché, but if we believe that the governance of our country matters, while keeping our perspective rooted in God not humanity, then I would suggest that prayer is the most appropriate response possible. Please do hold in your prayers all our parties, leaders, journalists and voters. Pray for wisdom, which will clearly be needed, whoever ends up running the country. Pray for civility, as leaders and campaigners take each other on in an adversarial environment. Pray for safety, seriously, bearing in mind the horrific attack on one MP during the referendum campaign, and the various explicit and implicit incitements to political violence we have witnessed recently.

And please don’t forget to pray for those who do the unsexy-but-important part of the political process: ordinary party members who will campaign and canvas on behalf of our candidates. If you think being a party member is glamorous, please realise that it isn’t. Being politically active puts you through a range of emotions. I’ve felt confused, when everyone seems consumed by factionalism. I’ve felt exhilarated, when policies I’ve advocated have become big priorities. Maybe most frequently of all, I’ve felt hurt: hurt when we’ve lost elections we should have won, hurt when people I spent hours campaigning to elect later walked out of our party, hurt when people of other faiths have described experiencing hostility and abuse within the party. But through it all, there is something amazing about being part of something bigger fighting for change, imperfect though it is. (In some ways, analogous to church: almost all of us will have disagreed with and maybe been hurt by our church, yet it’s still valuable to be part of a church community[2].) Going out to canvas in the cold and dark is not pleasant, so any prayers for those who will be on the doorstep regularly will be very much appreciated!

You might be into politics or you might not be. The thought of an election might horrify you or it might thrill you. But if you’re a Christian, my advice is that you should react as the following ways: you should take some kind of interest in this election (even if it’s only a minor one!). If you feel hopeful about the party you’ll be voting for, please keep that hope in perspective. If you feel that our country is divided, please have the humility to try to bridge that divide. And whatever you feel, please pray for all involved in this election.

Those are my thoughts at the start of this election campaign – I’d love to hear your thoughts too! So please do comment below, or send me an email or a message. Thanks for reading, and I hope you found it helpful.

[1] It’s important that the acceptance I’m talking about is limited. For example, I would never advise anyone to accept the legitimacy of racist, sexist or homophobic views. When I talk about accepting others’ views, I’m talking about disagreements over issues, such as Brexit, where there is what political theorists call “thick reasonable disagreement”. Our political discourse suffers hugely when some people on both sides of such issues systematically try to shut down or disengage from those on the other side of the argument.

[2] This comment also requires qualification of scope. Sadly, some people are hurt by churches in very serious ways, and I do not mean to trivialise that harm if you’ve experienced it. Here I’m talking about a different kind of situation: cases where we essentially hold to the same values but are disappointed by the specific implementation advocated by others in our churches.

Matthew Judson is a third-year PPE student at Lady Margaret Hall, and the Secretary-Treasurer of Just Love Oxford.