On The Inherent Dignity Of Humankind 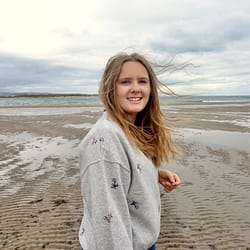 Most humans can recall a specific moment of realisation in their life which profoundly impacted the way they view the world and those living in it. In my home city, Berlin, I volunteer with Alabaster Jar [external link] a charity that “exists to see life transformation in individuals working in Berlin’s sex industry by communicating the love of Christ”. About a year ago, I remember taking some baking over to the Alabaster Jar outreach cafe one Thursday. At noon, in broad daylight were two women about my age walking down the street outside Alabaster Jar’s cafe, trying to get the attention of cars and passing men. Walking past them, my eyes met one of the girls’. The moment went straight to my heart. The encounter was only a few days before leaving to start my first year studying theology at Oxford. There we were, three girls in our early twenties with such vastly different lives. Yet despite the differences in our lives, I was struck by a deep “sameness” with those women: God viewed us through the same eyes.

In one of my essays in Michaelmas term this year I looked at the creation story in Genesis 1. In quite a technical essay about the essence and formalities of Hebrew writing styles, something profoundly struck me. The Hebrew of Genesis 1 is very terse and dense. Yet, this style slows down, gaining space and momentum, for the climax in verses 26-28 which recount the creation of humankind:

So God created mankind in his own image, in the image of God he created them; male and female he created them. God blessed them and said to them, “Be fruitful and increase in number; fill the earth and subdue it. Rule over the fish in the sea and the birds in the sky and over every living creature that moves on the ground” (Genesis 1:27-28 NIV)

The repetition in verse 28 certainly gives the verse and those following it a hymnic feel, emphasising the incredible importance of the creation of humankind; the hymnic nature of these verses serves to highlight the remarkable divinely-ordained creation of humankind. In verse 28, humans receive a royal mandate from God. Humanity in the Hebrew Bible is created with inherent dignity and worth in “the image of God”. Humankind becomes God’s representative on earth. God tells humanity to “rule” or “have dominion” (Gen 1:28) over the rest of creation, entrusting them with regal responsibility. This also connects to other accounts of the creation of humankind in the Bible, such as Psalm 8. Here, humanity is also described as created with royal value:

You have made [humanity] a little lower than the angels and crowned them with glory and honour. You made them rulers over the works of your hands; you put everything under their feet. (Psalm 8:5-6 NIV)

That’s Genesis 1. That’s how humanity was created and is viewed in the eyes of the Creator. That’s how you and I and those women on the street in Berlin are viewed in the eyes of our Creator. And as God’s creation, how we have abused this dignity and value! There are an estimated 40.3 million people living as victims of modern slavery across the globe[1]. An estimated 4.8 million people are trapped in forced sexual exploitation globally[2], and the trafficking of women and children is increasing rapidly. In Berlin alone, there are about 8,000 individuals working in the sex industry and over 600 brothels are in operation[3]. This is just a snapshot of how many people (and more!) are not living lives in which their God-given royal dignity is being respected and upheld. The two women I saw on the street that September afternoon were created with inherent dignity by our loving God, yet this is being abused by so many humans around them.

We should always be striving to uphold that Genesis 1 image of humanity. That’s the way Jesus acted when He, our God incarnate, came to earth. The Gospel of Luke has always had a special resonance with me, and one of the reasons I absolutely adore this Gospel is for its Great Reversal theme. In this account of Jesus’ life, we see Jesus making high those bowed low. Jesus breathes true value and dignity into the lives of those around Him, just as God breathes that same value and dignity into humankind in its creation. Jesus acts in a way that upholds human dignity. Jesus restores the integrity that God bestowed mercifully upon humanity in creation during His life on earth. He does not reserve that view of love and dignity to certain people – rather He brings it to all, and that includes the ostracised, like the prostituted woman in Luke 7. That is how we are called to live. We, having received great blessings, such as studying at this university, must not feel guilty or burdened by the blessings that God has graciously bestowed upon us. Rather, we must use those blessings to teach others and ourselves about God’s nature and character, and in turn be His hands and feet here on earth, acting in a way that restores, upholds, and respects that God-given, divine, regal value and integrity with which God has blessed every human, in His image.

Let’s not take being “made in God’s image” lightly. Recognizing this truth gives us great privilege, but also great responsibility to dedicate all that we are to honouring and nurturing that Genesis 1 image of humanity in our current world.

Madeleine Kelly is a second-year Theology student at Keble College.