It’s easy to get sucked up into thinking that possessions or our dream job or the instagrammable relationship can fulfil us, even when we know the gospel and know that we have all 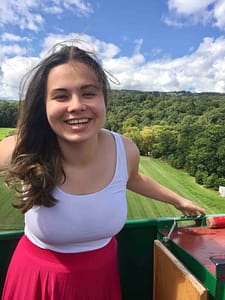 we need for fulfilment. In Ecclesiastes, the Teacher, as the narrator calls himself, says the following: “I observed that most people are motivated to success because they envy their neighbours. But this, too, is meaningless – like chasing the wind.” (Ecclesiastes 4:4) In Mere Christianity, C.S. Lewis argues that that applied to 1940s Britain too. Graham Shearer, a pastor at East London Tabernacle Baptist Church, argued in his sermon on Ecclesiastes 4-6 (2019) that our twenty-first century culture encounters the same problem too. We keep thinking that if we get that promotion or that grade or lose 10kg that we’ll finally be happy, because others around us who have or are those things look happier than we feel. But then we find that when we finally reach that goal, we need to set yet another one, because we still lack fulfilment.

If humans have been struggling with comparisons and envy for hundreds of years, who are we to think that we won’t face that struggle? If anything, we live in a time where it’s so much harder to not compare ourselves – social media has only exacerbated the problem. Even as Christians we lose sight of who is above us and instead compare ourselves to those around us. Most of the time we don’t even realise that we’re doing it, because we’ve filled our schedules to the brim, unintentionally making busyness and productivity our god. The pandemic has in some ways taken that away from us, but most of us have been quick to find 1001 things to do; we’ll do anything, including TikTok dances, to keep ourselves from realising that we idolise busyness.

And yet the way Jesus lived is so contrary to the way we think we should live. A person much wiser than I pointed out to me that we never out-grow or become too spiritually mature for the gospels. Jesus speaks truth and lives in such a way that convicts and shows us what we’re holding back from God. As students one of our most valuable resources that we can give to God is our time. While that does include serving others around us, it doesn’t mean burning ourselves out, as Marie-Louise talked about in her blog post last week. Jesus made time for interruptions, he made time to pray to his Father, he made time for breaks. He made time for when people unexpectedly needed him. Sometimes God surprises us with whom he wants us to engage with. In a great podcast series I listened to called Fight Hustle, End Hurry, the presenters cautioned that we want to walk beside Jesus, not ahead of him.

When we’re too busy making plans and filling our schedules, even with Christian things, but we don’t spend time with God, we’re not stopping to listen to what he has planned for us. What he has planned for us is infinitely better than anything we could plan for ourselves. Too many times have I been more like Martha and less like Mary (see Luke 10:38-42), only to realise that I’m still not fulfilled, because I’m not quenching my thirst with the living water that is being offered, freely, to me. And yet Martha too knew that to solve her problems of having too much to do, she should turn to Jesus for help.

Whenever I read this verse, I feel my heart twinge: “And what do you benefit if you gain the whole world but lose your own soul?” (Mark 8:26) In this passage, Jesus does not shy away from the cost of the gospel and of following him. He makes it very clear that we can’t serve two masters. If we let our lives be driven by envy and comparison, it becomes very difficult to live the radical lives of love that we are called to. And if we’re too focused on who or what is around us and how they compare to us, we’re not receiving the spiritual refreshment and guidance that we need to make sure that our priorities are aligned with the Bible.

Phylicia Masonheimer, an American Bible teacher, recently posted this: “I am sure He loves the mountaintop moments, but we are formed in the valleys. We are formed in the dirt, made from dust and getting rather dusty in the making. I think there’s significance in the richness of valley soil, too because fields don’t grow on mountaintops. Harvests aren’t taken from rocks and crags. In the seasons that feel old and rote, the jobs that are uninspiring, the singleness that seems perpetual, God invites us to stop waiting around for the ending and start living from the middle.”

We risk missing out on the important middle when we’re running around like headless chickens and not pausing to spend time with God or when we’re so focused on the goal that we don’t care how we get there. We start to burn out and we also increasingly look outwards not from love, but envy or pride. God cares more about your heart than your actions. It’s easy to think that writing 50 Christian books means that you’re a better Christian than the person that stacks chairs in church or that if you’re out on the streets doing homeless outreach you’re more important than the person that can’t make it on a Friday night, but still prays for change. Don’t let the world define what you see as important or valuable, let God do that. That doesn’t mean that we shouldn’t serve others around us and help those who need it; indeed we are called to do so, but we need to check our heart postures before we do.

Ilona is a third year studying German and History at Somerville College and is our publicity coordinator for Just Love Oxford this year.

[image description (inline right) a close up of Ilona smiling wearing a white vest top. In the background is a blue sky with clouds and below is a field  with a forest behind]