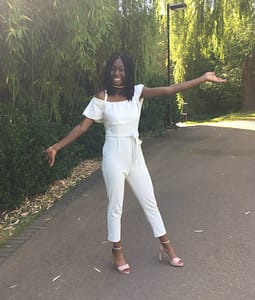 We all dislike being treated unjustly. We all have a deep sense of how we ought to be treated, and we all feel offended, upset or even angry when dealt with in a way that we deem unjust.

But most times, when I think of issues of injustice, my first thought isn’t usually about the way people are treated on a daily basis. I typically think of what I see as the ‘big’ issues. I think of deep poverty in the developing world, corrupt leaders, oppressive dictators, gender and racial segregation, homelessness; all very important concerns of injustice and things which we can strive towards attaining tangible change for. However, the murder of George Floyd, and the anti-discrimination movements that followed, showed me that the issue of unjust treatment, particularly of minorities, is as important an issue of injustice as any. From seemingly small everyday interactions, to the larger scale prejudice demonstrated in the murder of George Floyd. It is quite disheartening, that after all of the progress we’ve made as a society, we still have this persistent form of injustice. Many of us have probably wondered why this is the case. I believe the bible tells us the answer. It teaches us that matters of injustice are deeper than just the laws we have (or don’t have). It teaches us that at the core, like all sin, injustice is a matter of the heart. And so in addition to tangible legal changes against discrimination, there needs to be an intangible change in our hearts, for true justice in this area to be achieved.

Martin Luther King’s “I have a dream” speech, is so profound. Not only does he attack the legal discrimination in America preventing black people from accessing the same facilities as white people, but he says “I have a dream that… little black boys and black girls will be able to join hands with little white boys and white girls as sisters and brothers”. I believe what Martin Luther King is getting at here, is that justice – in terms of the equal treatment of all people, regardless of their race, background or gender- is not just in granting legal equality and removing discriminatory laws. It is in the coming together of all of us as humans, and seeing each other as family. Not merely in exchanging hatred for tolerance, but trading hatred for love.

This idea did not originate with Martin Luther king, as he, being a Christian, would have probably acknowledged. It originated with the teachings of Jesus, revealing God’s true desire for human life. When asked what the greatest commandment is, Jesus says, that after loving God with all our heart mind and soul, it is to ‘love thy neighbour as thyself’ (Mark 12:31). This is so much more than just removing discriminatory laws and ending segregation, this requires us to proactively love all other people. Love them as we would love ourselves.

Jesus exemplified this perfectly throughout his time on earth. The bible shows him consistently reaching across barriers to connect with people. All those made outcasts by society or treated poorly because they were ‘different’, he treated as friend’s and cared for them. And it was this that attracted so many people to him. One of the clearest examples, which I think applies so strongly today, is the instance in John 4, where Jesus speaks to a Samaritan woman next to a well. In Jesus’ time Jews hated Samaritans. They did not speak to Samaritans or even cross through the land where they lived, with most Jews taking longer travel routes just to avoid their country. But Jesus purposefully goes through Samaria and takes the first step in initiating conversation with the Samaritan woman. He begins with a simple request, ‘Give me a drink’ (John 4:7). We see in the next verse that the woman is shocked that Jesus rises above the typical prejudice Jews have for Samaritans and engaged with this woman as if she were a friend. Not only this but Jesus, continues to converse with her, showing her love by offering her the gift of salvation. Jesus traded the traditional hatred of Samaritans, not just for tolerance, but for love.

At this time, as Christians, it can sometimes feel like there is little we can do to change the patterns of unequal treatment we see in society. There isn’t always clearly a law that can be implemented, or removed, in order to see a society where all people are treated justly and equally. But we have the key and most important tool to implementing change, no matter how small it may seem. We have the gift of Jesus’ working in us to love all people. And through this love, we pray the world will come to know Jesus, and follow suit.

Telemi is a second year studying PPE at Somerville college

[Image description: Telemi is wearing a white jumpsuit. She is standing in front of foliage and trees].

One Reply to “Love Thy Neighbour”